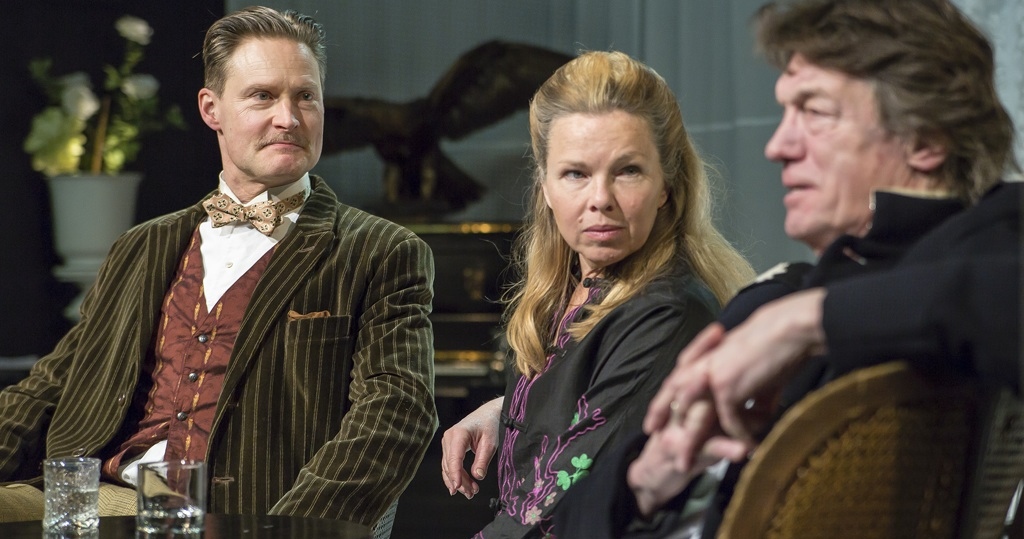 "At the age of 32 I for the first time seriously started to consider the possibility of becoming an actor. I had done a little Theatre at school and acted in a number of plays at the University but after a proper exam from there, my plan was to become a diplomat...

That is also what happened: after a year working as a reporter and news editor for radio and TV, I was accepted into the Swedish Ministry for Foreign Affairs and later on stationed in Vienna and Helsinki - where I engaged in international negotiations on military security. Back home again, in the year of 1992, I took up a job as press spokesman but once a week I also attended an evening class on acting. This was more fun than anything else I did and it struck me that it possibly meant something.

In 1994, I therefore took a sabbatical year to attend a more thorough course on acting. I also trained privately and took various classes in Sweden and abroad, then got my first professional job and eventually took my leave from the ministry in 1997.

From there on, I have worked as a freelance actor in the realm of Theatre, film and TV and as a speaker voice in numerous productions. And the thought that continuous  to carry me forward is: "what is the most fun must seriously mean something."